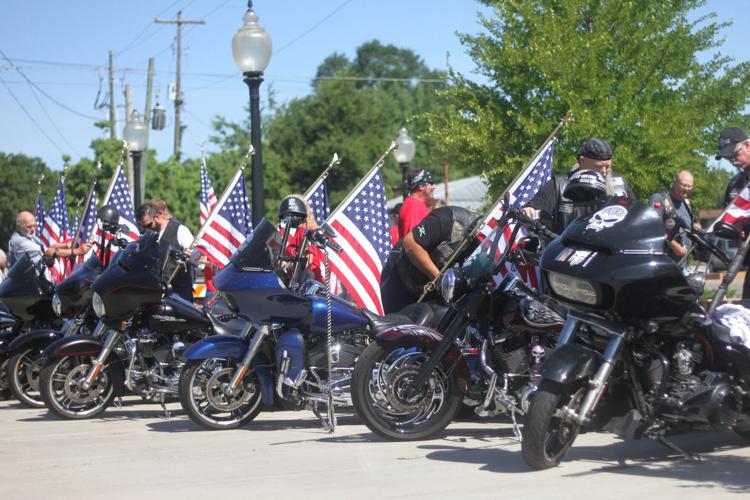 We are proud to announce the arrival of "13 Flags - Rolling Glory". Escorted by the Patriot Guard and law enforcement, the flags will arrive at the Museum of the Albemarle at 12:00 pm on August 16 and be displayed in the Ferebee classroom through August 20, 2022.

The Patriot Guard will then travel the flags to Virginia for display there. The flags have made their way across America, state by state, American by American, on the back of a motorcycle, flanked and followed by countless other patriots, with their ultimate destination being Washington D.C.