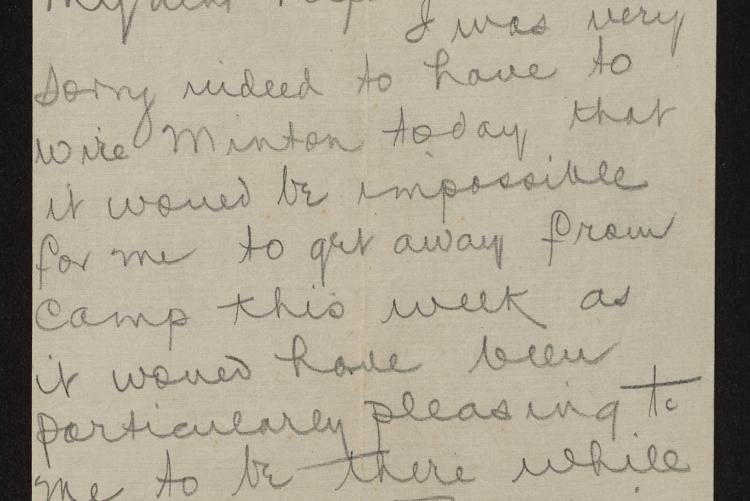 I was very sorry indeed to have to wire Minton2 today that it would be impossible for me to get away from camp this week as it would have been particularly pleasing to me to be there while Minton2 and Brownie3 were both at home.  But the 2nd Battalion (½ of the regiment) will go to the target range one day the latter part of the week and the general will not grant passes to officers right at this time as we have opportunity to get only one week’s practice in this country.  The 1st Battalion went up last Saturday and the 2nd Battalion, which is the one I am in will go when they return.  The range is 20 miles from here and each officer is required to handle his battery and manipulate the fire of the 4 guns and try to hit a target designated by the instructor.

I cannot keep from saying that I am grieved that Brownie3 could not conform himself to the army life sufficiently to bring himself to apply his talents in the direction that would be satisfactory to his superiors.  But I suppose that he has done the right thing as he said he didn’t like being an officer and of course he never could have been successful unless he felt proud of being one and preferring to have men wait on him at the table rather than standing in line at the kitchen and having a great spoon full of beans thrown into his tin-plate by a hot, dirty cook.  I am trying not to worry over it as I am afraid that I will be sent away too, if I begin worrying and you can always find things to worry over in the army as things never happen as you want them to.  For instance, I can’t worry considerably right now.  Col. Cox4 returned last week and almost immediately made another change in the officers.  Some were sent back to their home batteries some were sent to other batteries.  It happened that I was sent to Battery “D,”5 which is without a doubt the most poorly-trained in the regiment.  In fact, two officers from this battery have just been sent home leaving two in charge.  My friend Davis6 is in this battery but Gattis7 the senior lieutenant who is acting captain in the absence of the capt. who is at Ft. Sill8 takes very little interest in the work and consequently the battery has really become demoralized.  They are very poor on handling the guns, I find today, which is my first day drilling them.9  Of course we must try to remedy this before we try to fire the guns and I intend to drill them thoroughly this week.  Of course a misstep by one of the cannoneers will kill some of the men, which is something I might worry over if I tried.  However, I am going to try to be a good soldier anyhow, obey orders, and say nothing.

We will get back from the range about April 15th and I will at once set about getting a furlough.  With ½ of the regiment gone it is very quiet in camp and as we are not having school now the few officers here have gone to town tonight.  I am officer of the day and think that the officer of the guard and myself are the only two officers in camp tonight.  I enjoyed so very much the letter I received from you Saturday and appreciate you writing me.  I hope you will write me whenever you can.  I write very few letters now, only to you all at home and consequently get only a few.

All of the officers in this regiment were given a physical examination last week to see if they were fit for service overseas.  When the doctor looked at me he said “you don’t look like there is anything the matter with you.”  As he made no unfavorable comment during the examination I suppose he found nothing the matter.  The captain of the battery I sent you was at Ft. Sill8 at the time the picture was taken.  I am so glad that Uncle Dick’s10 arm is healing satisfactorily and hope he will be able to use before long.

Please tell Mary B.11 That Col. Mack12 is the one she picked out in the enclosed picture.

I am enclosing a summary of a case I started against the sergeant of the guard sometime ago.  The fellow did not willfully disobey the order but forgot to carry it out.  As I must go now and inspect the guard I will stop.

I am looking forward towards seeing you in a few weeks. 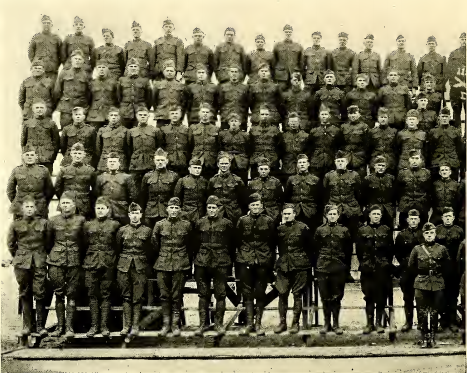 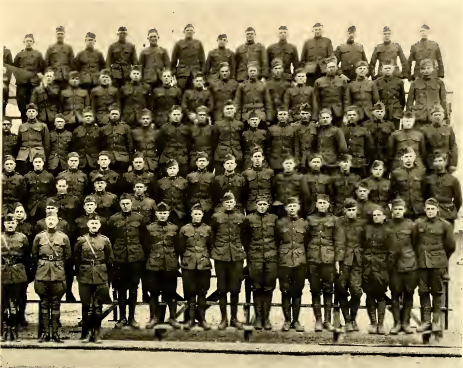 Son of a fertilizer dealer, David grew up in Wilson, North Carolina.  He enlisted in the National Guard as a sergeant in August 1917, but quickly earned an appointment as a second lieutenant.  Promoted to first lieutenant, Davis traveled with the regiment to France, but in August 1918, the army ordered him to return to the United States to serve as an artillery instructor.  He taught at Camp Meade (later Fort Meade) and Camp Custer in Michigan, but never saw combat.  After his discharge, Davis returned to Wilson.  He worked as a tobacco warehouseman.

Born in Hillsborough, North Carolina, Gattis graduated from UNC-Chapel Hill in 1912.  Gattis’s father, Samuel Mallett Gattis Sr., was a noted politician, serving variously as a clerk of court, general assemblyman, speaker of the North Carolina House of Representatives, and district attorney.  Inducted into federal service from the National Guard, Gattis served in Batteries C and D before ordered to France as an aerial observer.  He later rejoined the regiment as a radio officer.  After the armistice, Gattis enrolled for two months in a series of courses taught at French universities for American personnel.  After his discharge in August 1919, Gattis returned to Hillsborough and work as a lawyer.  Following in his father’s footsteps, he also served in the General Assembly.  Died in an auto accident in 1939.

For more information on Fort Sill’ role in World War I, see the entry on the army base in The Encyclopedia of Oklahoma History and Culture, link: http://www.okhistory.org/publications/enc/entry.php?entry=FO038

my first day drilling them.9 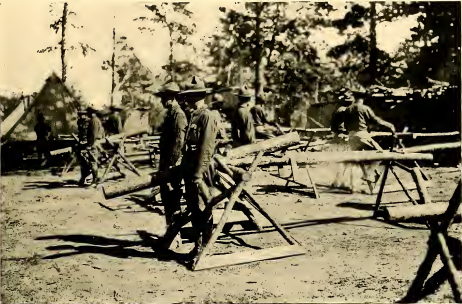 Born in Orangeburg, South Carolina, Mack received an appointment to West Point in 1899.  Graduating with the Class of 1904, he received a commission as a 2nd Lieutenant in the artillery.  By World War I, Mack was a captain in the Coast Artillery Corps.  Served with the 7th Field Artillery in France before arriving at Camp Sevier to serve as a trainer and temporary 113th Field Artillery commander.  Remained in the United States as an artillery instructor for the rest of the war.  Retired from the army in 1930.