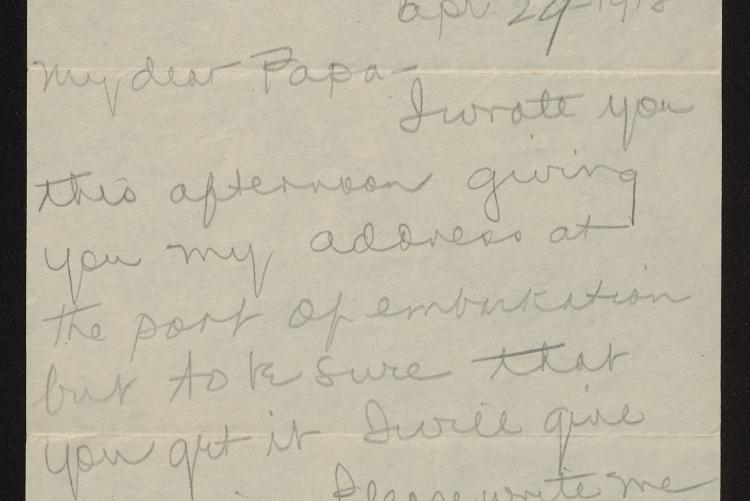 I wrote you this afternoon giving you my address at the port of embarkation but to be sure that you get it I will give it again.  Please write me

I will write you again when I reach Hoboken.