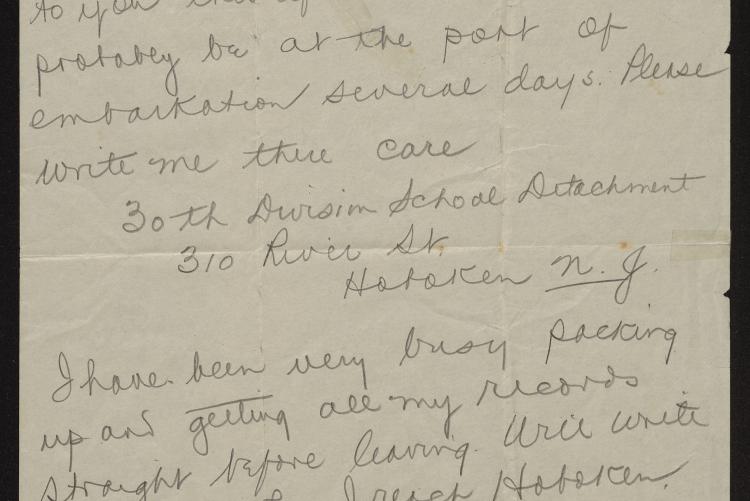 Just a hurried note to tell you that we leave here Tuesday afternoon as per my wire to you this afternoon.  We will probably be at port of embarkation several days.  Please write there care

I have been very busy packing up and getting all my records straight before leaving.  Will write you more when I reach Hoboken.