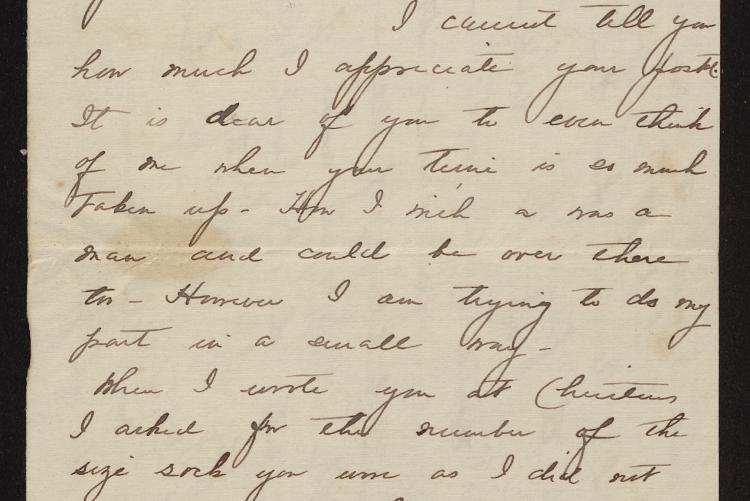 I cannot tell you how much I appreciate your postal.  It is dear of you to even think of me when your time is so much taken-up.  How I wish a was a man and could be over there too.  However, I am trying to do my part in a small way.

When I wrote you at Christmas I asked for the number of the size sock you wore as I did not want to make them too large or small.  However, I am going to chance it and if the ones I send are not right you must let me know.

People on this side are not allowed to send parcels, etc. over to men on account of the tremendous space the mail takes but if any man on your side makes an inquisition to his commanding officer I believe it is possible to get them that way.  However, I am going to chance my first pair to some one going over so if you get them mailed from the other side you will know.

What experiences you must be having.  Who would have thought four years ago that the whole world would be so upside down.  We take the New York Times and I read it every night before I go to bed.  I think it is perfectly wonderful what America has done since we came into the fray.  And as for Norfolk—well our population has doubled in the last six months.  You would not know the boulevard—from [illegible] Station on are modern buildings of all sorts and kinds.  The army base and of course you know the site of the naval base.  Airplanes fly over the city any time.  Every other man you see is dressed in O.D.2 or now that summer is here in white.  So you see we have the brands of the service.  All of this influx in the city has made a great change in our ways.  The negro men are getting such fabulous wages at the two bases that the women do not have to work.  They go all over town dressed as well as the white people and what is more do their shopping in the best stores on Granby Street.3  I have no cab and am afraid my chances for getting one rather slim.  However, the [illegible] does not worry me it is the confinement with Aunt Henrietta4 that is wearing.  She has failed a great deal mentally this past year, and is a very pathetic figure.

It was just about this time two years ago that Miss Lucy5 passed away.  I know you will be sorry to hear that two of her dear friends have died recently.  Mrs. Marsden6 died about a month ago after an illness of several months and dear old Mrs. Schwarzkopf7 last week.  The old lady fell off the [illegible] stool and broke her hip.  I suppose the shock was too severe for she died a week later – very peacefully.  I had a nice letter from Mary Dillard8 the day before your card came.  She seems very happy.  She asked if I know where you were and how you were.  Did she meet the man she married on her last visit to New Orleans or was he of long standing?  I know she started her course at the Johns Hopkins to forget a love affair in the strenuous course.  She is a smart unselfish girl and I think her husband has drawn a prize.

I suppose you know Helen Baker9 and Matt Waller10 were married.  He was on the Texas11 the last time I heard anything of him.  I am very much interested in red cross work.  Last summer I took the course in surgical dressings, which was taught by Red Cross instructor sent down from Washington and we have less of a tremendous amount of work ever since our chapter is one of the best chapters in the Potomac Division and we are very proud of the fact.  Smith & Welton12 have the big building that Willis, Smith & Crall13 had on the corner of Granby & Washington Streets and the firm very generously gave us the use of their fifth floor.  We have all the conveniences for our work and a splendid band of women.  Our standard is considered so fair that our work does not have to be re-inspected.  I don’t know a bit of gossip to tell you. Aunt [illegible] is still Aunt [illegible].  People who go away in the summer are making plans to do so this year.  So many of the Army & Navy people are glad to rent the furnished homes and apartments for the summer months, but there will not be enough places for people next fall. We expect to stay here at 409 Olney and if I can rent your old room will do so.  Wish you were in it this minute.

Write me a line when you can and in the mean time take care of yourself and may God be with you.  All the family send their love & so do I.

the best stores on Granby Street.3

Daughter of William H. Hunter, a Norfolk banker; maternal aunt of Eliza S. Bell.  She never married.  In her later years, lived with the Bell family.

Possibly Lucy Dillard Tabb Okeson (1840-1916), who died on July 7, 1916, exactly two years prior to the date of this letter.  After the death of her husband, she ran a boarding house frequented by member of the Norfolk commercial and business community.

Friend of the Bell family.  Wife of a Norfolk banker, her son, Page Marsden, became a regionally-known architect.

Born in Hanover, Germany, Doretta Voss Schwarzkopf and her husband, Charles, immigrated to the United States prior to the Civil War.  They settled in Norfolk, where Charles Schwarzkopf, in addition to working as a merchant, also served as a vice consul for the North German Confederation and Sweden.  A society matron, Doretta Schwarzkopf was a friend of the Bell family.

Daughter of a Norfolk businessman and wife of Matthew Page Waller.  A graduate of Mary Baldwin College, Helen Baker married Matthew P. Waller during World War I.  After her divorce in 1926, Baker returned to Norfolk.  She later gained fame as a local writer and novelist under the name Helen Baker Waller.

A grandson of Confederate General J.E.B. Stuart, Matthew P. Waller lost both parents before the age of ten.  Raised by his grandmother, J.E.B. Stuart’s widow, Waller attended Virginia Polytechnic Institute (VPI), now Virginia Tech, but left school early in 1917 to join the US Navy as an ensign.  While in the navy, he married Helen Baker, daughter of a Norfolk businessman.  However, in 1926, Helen Baker Waller sought, and received, a divorce.  Matthew P. Waller evidently remarried, and after leaving the navy, worked for a shipbuilding firm in Wisconsin. 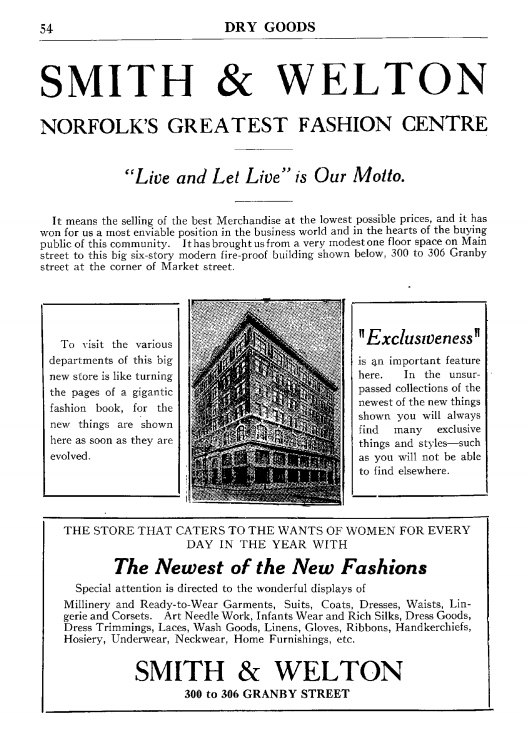 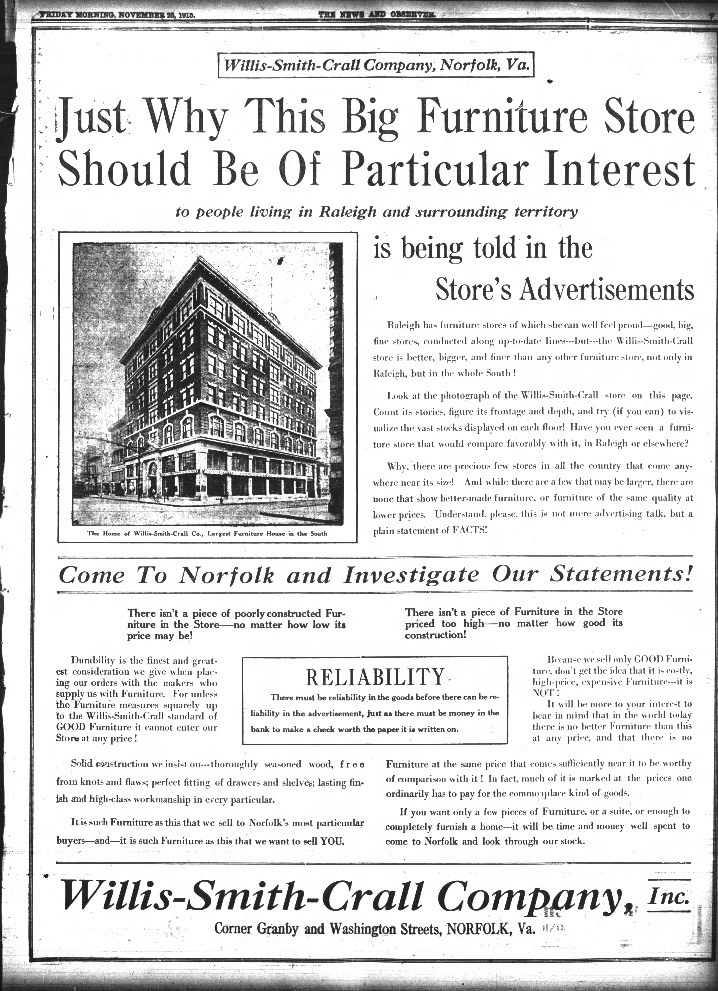