We are in a large detention camp 14 miles from New York City2 and will remain here until we embark.  It is expected that we will leave here Monday or Tuesday3 for Europe.  Our duties have been very light since getting here–simply getting a few necessary articles of equipment that we couldn’t procure in South Carolina.  We have accordingly spent most of the time in New York having a good time and I have certainly thoroughly enjoyed being in the big town again, New York is certainly patriotic.  Parades all the time and the theatres are constantly suspending their programing for a few minutes to allow some speaker to address the audience on Liberty Bonds, etc.4  Soldiers from all of the Allied Nations are to be seen here and are constantly being called upon to make talks on the war.  All of them appear confident that Germany will never pierce the western line and all feel that the Allied Armies will be victorious.  It is very surprising to us new soldiers to see such brave determined men.  Soldiers in New York are given every consideration and everybody tried to do something for them.  This is a tremendous camp2– having capacity for 40,000 men and is used only to concentrate the forces going overseas.  All troops on their way over are kept here a week or two to be carefully inspected to see that they are free from diseases and that they have sufficient equipment of course sometimes there are delays in waiting for transports.

I will always regret more that I can ever tell you that I was unable to get to see you to tell you good-bye but the colonel5 received orders suddenly to send 15 officers over and I was selected among the number.6  Royster,7 Mears8 and Rodman Guion9 are among the number but I regret that Davis10 was not included.  I hope that everything at home is as usual.  Please tell Mary that I received her letter just before leaving Sevier11 and will write her tomorrow.

In the quiet business in civic life I have always tried to conduct my work and results in a way to bring forth your approval–in fact it was always my constant thought that I must be a success, for I wanted you to be pleased with me in the bloody business of war.  Even there there is such a thing as having success and this is what I want to strive to do and I want to strive to do this because I believe you would rather have me do the job well–at any cost.

Take care of yourself until I get back.  All of us of course are glad to go but we want to make the job as quick as possible and to get back home.

Will write you all whenever I get any interesting news about our movement and will wire you the day we leave.

Please do not mention contents to anybody.  I will get into trouble if you do.

Please write to me addressed as follows:

If you write me at Hoboken12 the letter will be sent up here.  I will write you all how to address me abroad as soon as I find out how this is done.

we will leave here Monday or Tuesday3

In reality, Dixon’s detachment did not leave the New York Port of Embarkation until Wednesday, May 8, 1918 aboard the George Washington.

some speaker to address the audience on Liberty Bonds, etc.4

An example of the “Four Minute Men.”  George Creel’s Committee of Public Information propagated pro-war propaganda via various means, including a group of speakers known as the “four minute men.”  They delivered a series of short, no more than four minutes, talks in support of various causes, including the draft and bond drives.  For more information, and a speech example, see the Library of Congress’s online exhibit about World War I.  link:  https://www.loc.gov/exhibitions/world-war-i-american-experiences/online-exhibition/over-here/surveillance-and-censorship/four-minute-men.

to send 15 officers over and I was selected among the number.6 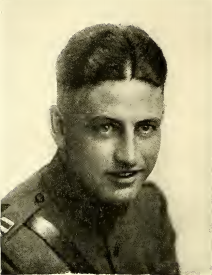 Son of the Adjacent General of North Carolina, Brigadier General Beverly S. Royster Sr., Royster was from Oxford, North Carolina.  He graduated from UNC-Chapel Hill in 1914 and became an attorney.  Like his father, he served in the National Guard and entered national service when President Woodrow Wilson federalized the guard in the summer of 1917.  Along with Richard Dillard Dixon, Royster eventually became a captain in charge of a field artillery battery in the 113th Field Artillery.  After the war returned to Oxford and practiced law.  Photograph from the History of the 113th Field Artillery.  link: https://archive.org/details/historyof113thfi00flet.  As part of the school detachment, Royster served alongside Rodman in the firing section. 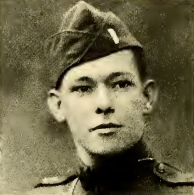 Born in Baltimore, son of a flour wholesaler, Mears was a bookkeeper for the family firm, White & Company, before the war.  A member of the pre-war Officer Reserve Corps, he quickly received a promotion to 1st Lieutenant.  Transferred to the 113th Field Artillery from the 314th Field Artillery, he spent the rest of the war with the regiment.  Upon his discharge, Mears returned to Baltimore, where he worked as secretary of the Crescent Candy Company before returning to White & Company as a director. Photograph from the History of the 113th Field Artillery.  link: https://archive.org/details/historyof113thfi00flet.   Part of the school detachment, Mears worked in the communication section.

A member of the extended Rodman Family, his grandfather was North Carolina Supreme Court Justice William Blount Rodman, Guion earned a law degree from UNC-Chapel Hill in 1910 and practiced in New Bern, North Carolina.  Inducted into federal service from the North Carolina National Guard, entered the army as a 1st Lieutenant.  Promoted to captain on September 24, 1918.  Served mostly as an artillery instructor.  After the war, returned to practice with his brother, John Amos Guion.  Part of the school detachment, Mears worked in the reconnaissance section.

Son of a fertilizer dealer, David grew up in Wilson, North Carolina.  He enlisted in the National Guard as a sergeant in August 1917, but quickly earned an appointment as a second lieutenant.  Promoted to first lieutenant, Davis traveled with the regiment to France, but in August 1918, the army ordered him to return to the United States to serve as an artillery instructor.  He taught at Camp Meade (later Fort Meade) and Camp Custer in Michigan, but never saw combat.  After his discharge, Davis returned to Wilson.  He worked as a tobacco warehouseman.

The New York Port of Embarkation, a military command responsible for transporting men and materiel to Europe, used several facilities spread throughout the greater Port of New York.  The principal station lay at the impounded docks of the German-owned Hamburg America Line in Hoboken, New Jersey.