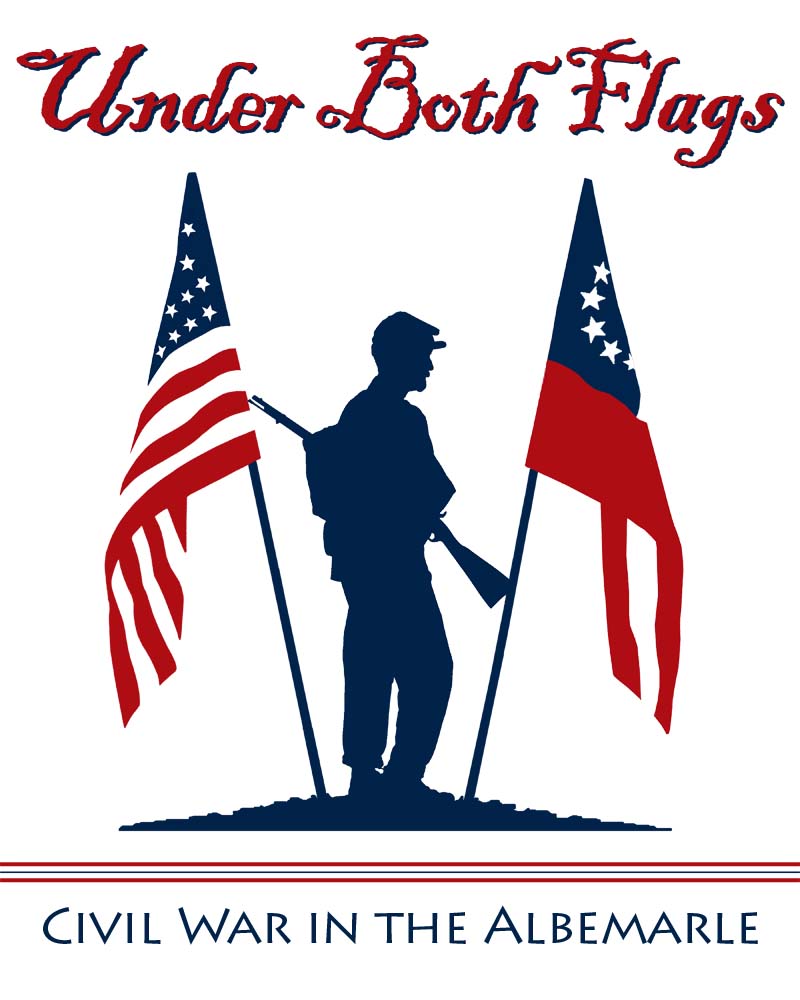 Welcome to Under Both Flags: Civil War in the Albemarle, the Museum of the Albemarle’s online exhibit narrating the stories of individuals who lived, served, and sacrificed during the Civil War. The soil on which they fought and the memories of their fight for freedom are interwoven along with the ships that plied the regional waterways and the plantations and farms where they worked.

From February 2012-December 2015, the museum presented the popular exhibit Under Both Flags: Civil War in the Albemarle, which welcomed more than 205,000 visitors. This site is an expansion of that exhibit intended to serve as a educational resource.

Explore this site to learn more about the events, people and artifacts that tell the story of the Civil War in this part of northeastern North Carolina, and visit the Museum of the Albemarle to learn further more about this period of history.

The Day The Lights Came On

The Day The Lights Came On is an interactive exhibit featuring how the power of electricity changes people’s lives and businesses in the Albemarle region.

Large towns in northeastern North Carolina were introduced to electricity around 1890. Electricity became more widespread to rural communities by the 1950s. Power meant access to new inventions. Electricity was new, especially to those who had lived their entire lives without it. Homes could use electric appliances such as radios, irons, refrigerators, washing machines, electric stoves, and vacuum cleaners. Farms began using electric milking machines, electric coolers, electric heaters, and automatic waterers. Florists, morgues, candy factories, ice plants, textile mills, saloons and other businesses in the region all changed the day the lights came on.

In the exhibit, you can explore how electricity and its resulting inventions impacted people: Did these new forms give people more leisure time?

Temperance & Bootlegging: A Nation Under Prohibition

The 18th Amendment to the Constitution banned production, sale, importation, exportation, and transportation of alcoholic beverages in the United States. Enforced by the Volstead Act in January 1920, this law had a lasting effect on rural areas such as northeastern North Carolina and southeastern Virginia.

Imagine that exactly at midnight, the whole country went “dry”! How did people react? Had the government taken away personal leisure? People’s lives were changing, as well as the nation.The 21st Amendment, ratified in December 1933, ended Prohibition on a federal level, though North Carolina voted to not ratify the amendment. Prohibition in the state did not “end” until 1937, when a board of Alcohol Beverage Control (ABC) was established and turned decisions about alcohol sales over to counties and municipalities. Neighboring state Virginia had ratified the amendment in 1933.

Was Prohibition a failure or a success? Was it an issue of political controversy? Would better law enforcement or more funds have made any difference in its impact? Were the losses of tax revenue and income for workers—such as farmers who lost wages due to the decrease in corn and fruit sales—too heavy of a burden for the country to bear? Did law-abiding citizens turn into criminals by bootlegging, and patronizing speakeasies? Does a recent ban on the sale of 95 percent pure alcohol in locations except ABC stores mark renewed support for Prohibition? What about the outlawing of caffeinated alcoholic beverages? Could a type of Prohibition rise again in the 21st century? Plan to visit and find out.